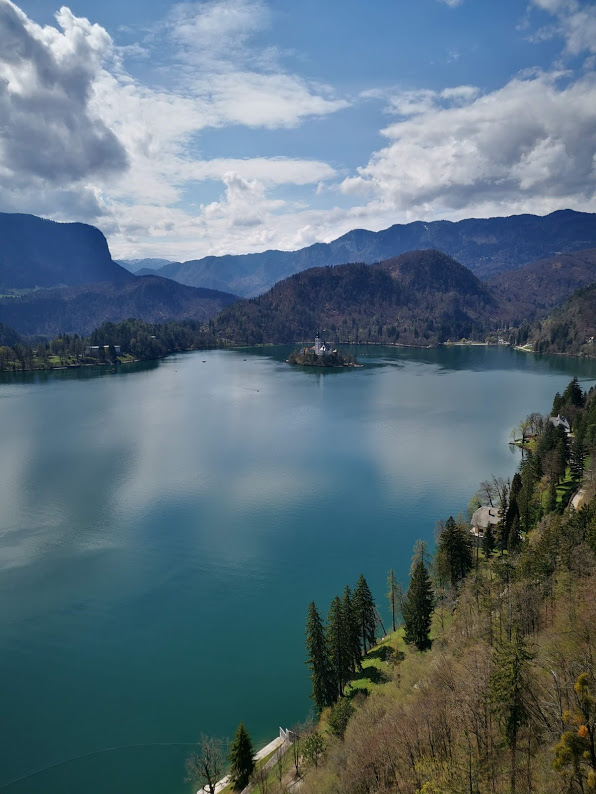 Much has been said and written about Bled and its beautiful castle, so we will keep this post short and simple. Basically we want to honor the sheer amount of information and impressions you will soon be exposed to once you decide to get to know Bled Castle. Let this be your starting point where you tie your shoes, prepare for the walk up the steep hill and get to know the postcard motif yourself in 3D on all levels.

Slovenia’s oldest castle (over one thousand years!) is located at today’s most popular destination: placed majestically on top of a cliff 130 meters above Lake Bled. The lake itself is surrounded by spas, hotels and villas – people all over the world have been enjoying this resort since the 19th century. You might already have recognized the beauty of the pictures.

Once you are (up) there, it is even more impressive.

It seems like between the mountains and next to Slovenia’s only national park Triglav (which translates literally to “three headed”) lies a condensed area of importance and relaxation at the same time. Since the middle ages Bled has been a destination for pilgrims.

Visiting Bled you will find it to be a combination of historical site, touristic area, national gem, exchange spot for crafts and arts, source and home of olympic athletes, fine dining destinations – and last but not least one of Europe’s most romantic wedding venues. 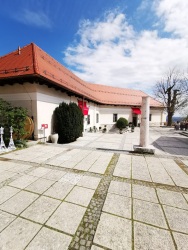 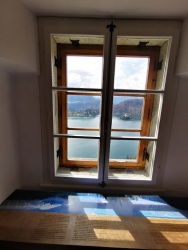 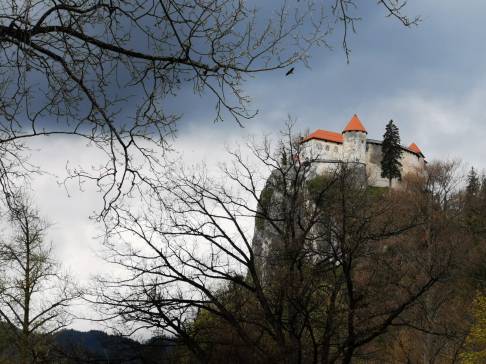 So here are the key facts:

Opening Hours: Daily from 8 a.m. – depending on season, closing time is between 6 and 9 p.m.

Prices: 5€ for children and 11 € for adults. There are several discounts for groups, students and small children.

Parking: Available in front of the castle. But keep in mind this is one of the most visited places in Slovenia and better park somewhere in the city. No free parking throughout the whole area, though.

Dining: There is a high quality restaurant inside the castle. If you have a reservation, you don’t need to pay for the entrance. Also you will find a nice café with an astonishing view on its terrace.

First Mentioning: The castle was first mentioned on May 22nd 1011 as a deed of donation issued by German emperor Henry II, but the land itself was transferred on 10th April 1004. This date got important again one thousand years later, when the chapel returned to its initial role on 10th April 2014 to host worship and wedding ceremonies.

Architectural Style: It started with the Romanesque tower in the middle ages. More towers were built and finally other buildings in a Renaissance style were arranged around two courtyards on different levels.

Most Impressive Bonus Fact: To celebrate the 1000 year anniversary of Bled Castle, a descendant of the oldest grapevine of the planet was planted in 2011. The Old Vine of Lent from Maribor was certified by the Guinness Book of World Records to be more than 400 years old.